Sampling as an art: Phace, Misanthrop and more 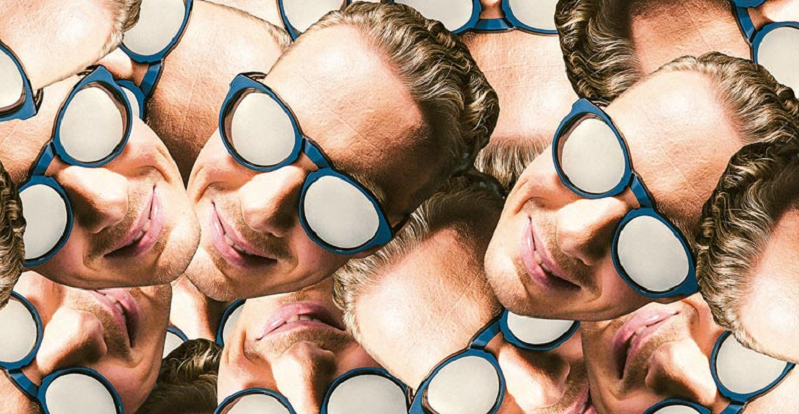 In one of his interviews, Phace admitted that Lit Up features an excerpt from a video, where a woman tells about her experience of curing depression with MDMA. Unfortunately, Unfortunately, we couldn’t find the video itself; on the other hand, we discovered loads of other sources that provided samples for our favourite producers. And much of it turned out to be a real surprise…

That terrifying sound that can be heard in Cataphiles at 1:40 is nothing but an alien horn from the War of the Worlds film. Interestingly enough, the same sound is featured in Audio’s Warehouse, which we covered previously. Below, you can hear an original sample plus other sounds from the film.

On the Psycho album there is also a sample from the soundtrack to the THX 1138 film! These chords are a part of the musical piece called Main Title / What’s Wrong? from Lalo Schifrin. The track itself features them at 1:07, and the video below has them at the 23rd second.

These delightful pads that we love Cold Champagne for are actually a production of a goa trance artist Astral Projection, who released a track called Radial Blur as far as 1996.

Yes, this pathetic quote is taken from one of the House MD episodes, and the character himself happens to be an African dictator, who ended up being a hospital’s patient. The sample appears at 1:50 in the track and at 6:47 in the excerpt below.

“In my world there are dangers and bloodshed and death. And that makes you a man”

A bit of oldschool. What you hear in the title track off the From Deep Space album is a voiceover from the trailer of Invasion of the Body Snatchers (1978) – a cinema classic!

A truly unusual use of a sample is presented in one of Misanthrop’s tracks. That devastating sound at the 44th second is initially a synth in a Daft Punk track. It starts right from the 7th second.

UPD: Misanthrop told us that this sound effect was created using Ableton, so there wasn’t help of Daft Punk.

“Attention, ladies and gentlemen, I have to say something important!” – and then – “Cannonball”! Some of you are probably aware that this hilarious scene from Anchorman: The Legend of Ron Burgundy serves as a source for the sample. We couldn’t help but mention it here, though. The sample starts at the 22nd second of the track.

“Ladies and gentlemen, can I please have your attention? I’ve just been handed an urgent and horrifying news story. And I need all of you to stop what you’re doing and listen. Cannonball!”

An absolutely sick sound, which we hear in Concussion from the very beginning, was actually created by a cult jazz musician Herbie Hancock. It is taken from the musical piece entitled Hang Up Your Hang Ups.

We didn’t even suspect that Noisia once sampled… Madonna. To be exact, they sampled an orchestral part from the song called Frozen, did a hard work editing it, and then used it in Angel Eyes – one of their few musical tracks. No doubt, it came out to be a wonderful tune. The sample appears at 0:52 and 3:16 respectively.

And this sinister sample is taken from Sin City. Check out the scene itself, mixed with Lost Cause.

Things become really funny when you find out, what is the film that contains these talks. Plan 9 from Outer Space is a 1959th year’s low-budget, fantastic horror film, which once received an award for the worst film in history. According to the plot, aliens are being afraid that humanity will invent a new type of bomb, and try to stop people by reviving dead men… You can check out a part of this “masterpiece” below, mixed with the track itself.

“A sight I’d rather not be seeing… Visits? Well that would indicate visitors… Are big guns the usual way of welcoming visitors?… We haven’t always fired at them… For a time we tried to contact them by radio, but no response… Then they attacked a town… A small town, I’ll admit, but nevertheless a town of people… People who died… I never heard about that, sir… Well, it was covered up by the higher echelon… Take any fire, any earthquake, any major disaster, then wonder… Flying saucers, Captain, are still a rumor… Friendly intentions… D’you hear anything… I thought I did… Don’t like hearin’ noises, ‘Specially when there ain’t s’posed to be any… Yeah, sorta spooky-like… Maybe we’re getting’ old… Whatever it is it’s gone now… That’s the best thing for us too… Gone, yeah, let’s go”

This speech belongs to the character called Daniel Schreber, from the film Dark City (1998). You can hear it in the track, starting from 1:06.

“He is powerful, yes… Dangerous… But he can also lead us to what we seek… It is time for our experiment to move into a final phase… We no longer need the other subjects… It is time… To be one”

Such a continuous and emotional rant can be hardly met in music in general. But it turned out to be really memorable in the track from Black Sun Empire. You can see how a character of an American film Network urges his compatriots to pay attention to the country’s problems (and also the consequences of his speech) at 1:13, and in the track itself it appears at the 13th second.

“I don’t have to tell you things are bad. Everybody knows things are bad. It’s a depression. Everybody’s out of work or scared of losing their job. The dollar buys a nickel’s worth. Banks are going bust. Shopkeepers keep a gun under the counter. Punks are running wild in the street. And there’s nobody anywhere who seems to know what to do. And there’s no end to it. We know… The air is unfit to breathe and our food is unfit to eat… And we sit watching our TVs while some local newscaster tells us that today we had fifteen homicides and sixty-three violent crimes as if that’s the way it’s supposed to be. We all know things are bad… Worse than bad… They’re crazy. It’s like everything everywhere is going crazy so we don’t go out any more. We sit in the house and slowly the world we’re living in is getting smaller and all we say is please at least leave us alone in our living rooms, let me have my toaster and my TV and my steel-belted radials and I won’t say anything, just leave us alone. Well, I’m not going to leave you alone. I want you to get mad! I don’t want you to protest, I don’t want you to riot, I don’t want you to write to your Congressman because I wouldn’t know what to tell you to write. I don’t know what to do about the depression, and the inflation, and the Russians, and the crime in the street. All I know is that first you’ve got to get mad. You’ve gotta say I’m a human being, goddammit, my life has value! I want you to get up now, I want all of you to get up out of your chairs. I want you to get up right now and go to the window, open it and stick your head out and yell I’m as mad as hell, and I’m not going to take this anymore!”

These words belong to Dexter – a protagonist of the same titled TV series, which is a criminal drama. The sample appears at the 23rd second of the track.

We couldn’t ignore this profound line, which is featured in one of Spor’s tracks. It is said by the doctor – one of the characters of the psychological horror film entitled Jacob’s Ladder.

“If you’re frightened of dying, and you’re holding on, you’ll see devils tearing your life away. But if you’ve made your peace, then the devils are really angels, freeing you… from the earth”

And here is the quote from the Iggy Pop interview, which was broadcasted in 1970 on the CBC radio. It appears at 0:22 in the track and at 1:36 in the excerpt below.

“That music is so powerful that it’s quite beyond my control. When I’m in the grips of it I don’t feel pleasure and I don’t feel pain. Do you understand what I’m talking about? You couldn’t feel anything and you didn’t want to either…”

The string sequence in Overdue was borrowed from the musical piece Bibo No Aozora/Endless Flight/Babel, courtesy of composer Gustavo Santaolalla, who produced it for the film called Babel. The sample appears at 0:44 and 7:25 respectively.