Sampling as an art: Donny, Audio and more 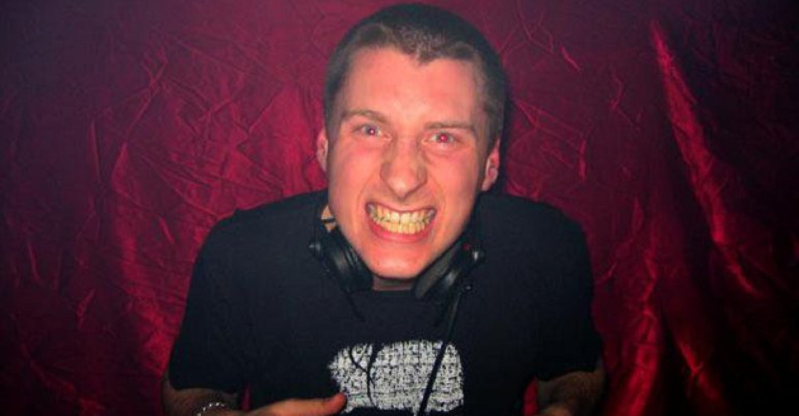 Who would have thought that some tracks from Donny and Audio feature voices of… cartoon characters! We decided to dedicate a series of articles to interesting samples, which were used by dnb producers in their output. For the first part, we dug out the sources of samples that ended up in various tracks from 5 important artists. If you would like to get information about some other track, then let us know in the comments – we’ll try to find a source sample and, in case of success, we’ll add it to the article.

This track came out just recently as a part of the War Horn EP. It turns out that the female voice (0:17 in the track) belongs to one of the characters from Monsters University, which is a continuation of the Monsters Inc. cartoon.

“Scariness is the true measure of a monster. If you’re not scary, what kind of a monster are you?”

Another sample for this track was taken from the trailer for the newest Star Wars chapter. The sound of the siren can be heard at the 22nd second in the track and at the 57th second in the video below.

The voice sample for this well-known tune is actually taken from the British sketch show Jam, filmed by Chris Morris.

Here is the full quote from the track: “I first diagnosed symptomless coma three years ago, and since then the number of cases has been steadily increasing. To watch a patient in a state of unavoidable decline runs against every instinct I have. When the dreadful day comes, I try and make things as easy as possible for the family. Even then, their hopes can be very unrealistic… Nurse, could you double the benzodiazepine… Symptomless coma… Sadly there’s no likelihood of a cure in the foreseeable future. I hope that one day there will be a cure. But until that day, many more young people are going to die. And I will have to do this job again, and again, and again…”

Something more serious – a sample from the Terminator Salvation film (2009). This speech is delivered by its main character, John Connor.

“We’ve been fighting a long time and we’ve all lost so very much. You are not alone. There are pockets of Resistance all around the planet. We’re at the brink… If you’re listening to this, join us. You are the Resistance”

For this track, the guys took Bane’s speech, which is given during his fight with Batman in The Dark Knight Rises (2012). The sample appears at 0:31 and 1:05 accordingly.

“You think darkness is your ally… But you merely adopted the dark… I was born in it… Moulded by it… I didn’t see the light until I was already a man… By then it was nothing to me but blinding!.. The shadows betray you, because they belong to me!”

Audio used the same sample in the track entitled Gotham. It appears at 2:38.

The great speech that you hear in Headroom and its VIP mix is made by a character of a 3D animation film called “9”, whose action takes place in a post-apocalyptic world. The film itself was released in 2009.

“When we awoke in this world, it was chaos. Man and machine attacked each other with fire and metal. I lead us here to sanctuary and here we waited for the war to end. Slowly, the world became silent. The only thing that remains now is The Beast”

Audio is well known for his love for sampling films. From The Hills Have Eyes film, he took a whole bunch of sounds, which undoubtedly make an impression on you during listening to Destroyed. You can hear them on the 44th second of the track and at 1:28 in the film trailer.

There is also a sample from the 12 Monkeys film (1995). In this excerpt, James Cole, played by Bruce Willis, says “they are mutants, they live under ground” at 0:56. The track itself features this sample at 2:07.

It’s no less interesting to hear a character, whose name is SHODAN – the main antagonist in the System Shock 2 videogame. Being an AI that went out of control, she arrogantly says “Why do you cling to such a pathetic existence?”.

And the track called Heads Up features a voice sample (0:24) from the Godzilla 2014 film.

“Gentlemen, you are being sent in by a HALO jump. Now, I realize not all of you have had hands-on experience. Frankly, none of us have ever faced a situation quite like this one before”

The sample for this track was taken from the TV documentary that was aired in 2000! It narrates about the Chicago’s Club XL. Pounded features the sample at 0:24.

The speech that appears in Maniac, as well as Donny remix, is taken from Sin City! In this scene, it is featured at 3:14, and the tracks themselves have it at 0:38 and 0:21 accordingly.

The quote from the Donny remix, where you can hear the most of the sample: “I’ve got a condition… I get confused sometimes… I’ve been having so much fun I forgot to take my medicine… It’s my own fault, and nobody else’s, that I got confused… When you got a condition, it’s bad to forget your medicine… What if I’ve imagined all of this? What if I’ve finally turned into what they’ve always said I was gonna to turn into? A maniac… A psycho-killer”

For this track, Counterstrike sampled the sci-fi film Sunshine, directed by Danny Boyle. The dramatic line from there can be heard at 1:07 in the track and at 1:33 in the film-themed music video.

“At the end of time a moment will come when just one man remains… Then the moment will pass… Man will be gone… There will be nothing to show that we were ever here but stardust… We are dust, nothing more… And through this dust we will return…”

The vocal parts, which landed in the remix for Extreme Steel and later in the Extreme Mutilation mashup, were taken even from three tracks from the metal band called Hatebreed!

“If they said they knew the truth
They lied!

Facing what consumes you
Is the only way to be free

Is the only way to be free

In this track, Counterstrike and The Panacea did an interesting interpretation of the line from Children of Men, filmed in 2006. It appears in a plenty of other electronic music tracks, and it’s no surprise. You can hear it from the 5th second in both the track and the film excerpt.

“You know that ringing in your ears? That’s the sound of the ear cells dying. Once it’s gone you’ll never hear that frequency again”

The epic vocal sample that appears in not one but two The Panacea tracks – Free MDMA and State of Extasy, was initially a part of the Set You Free track from N-Trance (1:35). The tracks themselves feature it at 0:44 and 1:29 accordingly.

The Panacea also sampled female vocals in the track called Found a Lover, it starts at the 12th second. The original song entitled Lover is written by a pop diva Rachel McFarlane.

“I found a lover for the first time in my life,
you took me out of the wilderness.
Just like a diamond, you were shining bright,
through the night
and let me stay in your arms to rest.

Raiden & The Panacea – Connect The Dots

And for Connect the Dots there is something brutal, namely the vocals from Ministry’s TV II. The original song features them at 0:44, and the collab from Raiden & The Panacea – at 0:33.

These rude, and therefore funny statements are taken from the stand-up performance of Henry Rollins – a rock musician that used to be a member of Black Flag. We certainly don’t think that there is much justice in his words, but it doesn’t make him sound less funny.

“I don’t know which came first – shitty rave music, or the drugs… I wonder if it was just these non music fuck heads who were, you know, sitting in their house one day and they dicked around on the Macintosh and they go… Here put that on a white label 12″ and send it to the clubs… Wow man, you’re brilliant. We’ll put you on the cover of NME… You’re fucking genious man, you’re fucking genious… Oh wow it’s jungle trance hip hop fucking shit music… So you make music that shitty and everyone sits there and goes, god this sucks – no no, take these drugs… Drugs… Play it, play the record again… Fuck, that’s so good”

Resident Evil (2002) is another famous film that we have to mention in this article. The lines of Spence Parks appears in Everything at 34th second and can be heard in the film at 1:13:41.

And here is a sample from the dystopian film called THX 1138, which was directed by George Lucas. You can hear it at the 22nd second in the track and at the 49th second of the film trailer.

“Stop, THX 1138… You have asked: “are we happy?” Are we happy and effective? Consultation with leading experts in the field makes it perfectly clear… Perfectly clear… That we are all now programmed for perfect happiness… And the ultimate perversion…”

Limewax sampled the episode from The Lord of the Rings: The Return of the King even for two of his tracks. The replies of the Witch King and Gothmog can be heard in Agent Orange and The Attack at 0:52 and 2:11 accordingly.

“Slay them all… What of the wizard? I will break him… The attack”

This episode was also sampled by Chase & Status for their very old tune Wizard Killa.

This trio likes to cover the theme of Satan even since their first collaboration release. Thus, they took and heavily edited an excerpt from a comedian gig of Bill Hicks, you can hear it at 0:43 in the track and at 1:18 in the video below.

“You have no talent, yet you want to be a star. I think something can be arranged… Suck Satan’s cock!.. I will lower the standards of the earth…”