Sampling as an art: High Contrast, Calibre and more 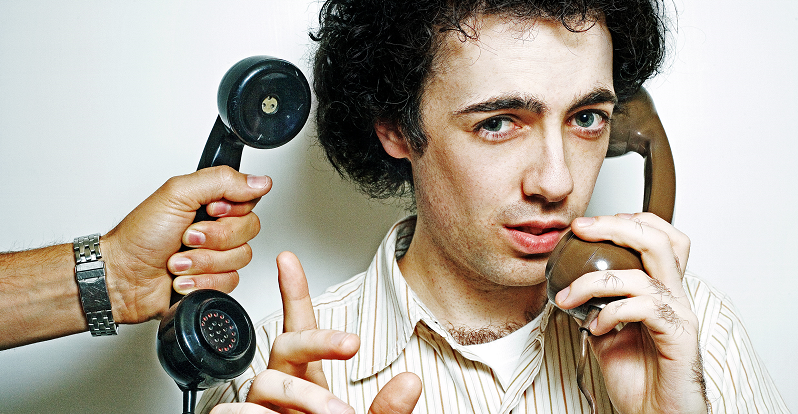 Would you like to know which musical piece initially features the melody from Return of Forever? Or who is the original creator of vocals in Music Is Everything? In today’s article we reveal the sources of these and other interesting samples in soulful dnb.

The main hook in this track (starts at 1:52) is a part of the piece called Where Is the Love from the jazz musician Grover Washington, Jr. This little excerpt starts at 2:24.

High Contrast – Music Is Everything

For Music Is Everything, High Contrast borrowed the vocals of the soul singer Deborah Cooper, whilst the original track, featuring herself, is entitled Keep It Comin and produced by C+C Music Factory. The sample can be heard at 0:22 and 0:31 respectively.

This beautiful orchestral sequence initially belongs to a piece called 7 Note, released in 1977 by the collective of Bixio, Frizzi & Tempera. You can hear it at the 25th second of this work.

The next jazz track that we should mention is Straight Time from David Shire. The sample appears at the 5th second in High Contrast’s tune and at 1:17 in the original.

Such artist as Stevie Nicks is an author of not just vocals, but also guitar riffs that ended up in Days Go By. The original song called Edge of Seventeen came out as long ago as 1981.

Calibre and High Contrast did a nice job using the elements of dub and reaggae. And their original creators appear to be Horace Andy and King Tubby. Saxophones in Money, the Root of All Evil were sampled from the very first second, whilst the vocals in Dub It In The Dancehall Dub can be heard at 23:45 in the video below.

The vocals in Mr. Maverick are also a courtsey of King Tubby. In Calibre’s track they appear at the 45th second, and Dreadful Dub features them at the 18th second.

Thanks to the Pat Metheny Group, we can hear a great hook in Think On, starting from the 23rd second. It appears at 6:14 in this clip of the band’s live performance.

London Elektricity didn’t only invite vocalists to record tracks, he took vocal parts from other musical pieces as well. For example, the sample in Billion Dollar Gravy at 2:42 is originally featured in Elegy from Mogul Thrash, you can check it out at 4:23. Nevertheless, the strings in the track are a courtesy of Tony himself, plus Chris Goss 🙂

The excerpt from Come and Join the Fun, produced by Arthur Brown and Vincent Crane, was turned into the amazing melody that can be heard in Hanging Rock from the 14th second. The original piece features it at 4:13.

Bare Religion contains elements of The Sweet Inspirations’ song called Why Marry. You can hear it at the 7th and the 19th second respectively.

Nu:Tone – Can We (feat. London Elektricity)

The soul collective The Isley Brothers created the musical part that was later used in Can We? from Nu:Tone and London Elektricity. The work of the American group itself features it at 1:18.

The house track Warehouse (Days of Glory) from New Deep Society is a source of the nostalgic voice sample for the well-known tune ‘Til Dawn. This voice appears at the 5th and the 10th second respectively.

The source of vocals for this tune has to be Blaze’s track entitled Breathe. It starts from 1:07 in Breathless and from 5:04 in the original.

Jackie Wilson is an author of that exact vocal sequence, which appears in Winter Blues at 1:06. His own song Please Tell Me Why features it at 1:14.

Thanks to Adeva’s track In and Out of My Life, we can hear vocals in Transporter. They are featured at 1:22 in Logistics’ work and at the 36th second in the source itself.

“When I think of you, it brings me down
Can’t you see I don’t need you around?”

Finally, at the 22nd second of The Trip, there is a voice from another house track, The Underground from Celeda.