Sampling as an art: Evol Intent, Current Value and more 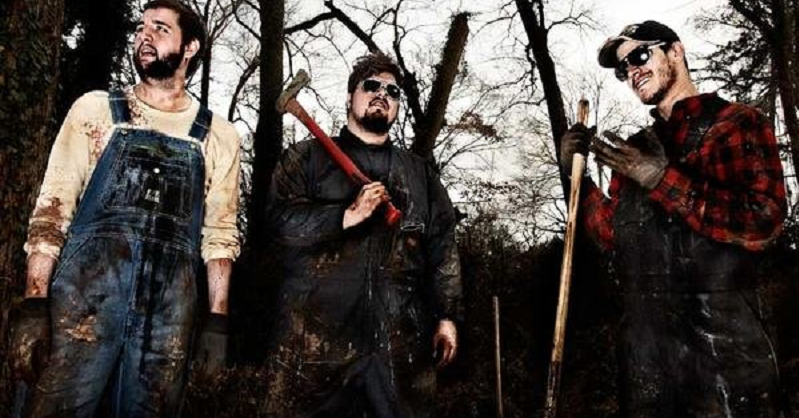 Films, songs, videogames… even audiobooks for meditation! Samples could be extracted from anywhere, but, in the context of a track, their meaning may change significantly. Check out how they became a part of several heavy dnb tracks.

Boys from Evol Intent are certainly keen on brutal voice samples. They sampled such thrillers as Dawn Of The Dead (for the track Suicide), 28 Days Later (for the track The Blood) and The Matrix. The last one provided only the Neo’s scream, which appears in Horns & Halos right before the drop. As for Mutiny, it contains the threatening speech from the drama film Taxi Driver. But the most impactful sample, in our opinion, is the voice of the Dalek emperor from Doctor Who – don’t hesitate to check it out in Time War, a collab from Evol Intent and Eye-D.

“Listen, you fuckers, you screwheads. Here is a man who would not take it anymore. A man who stood up against the scum, the cunts, the dogs, the filth, the shit. Here is someone who stood up. Here is… Dead”

In addition to the said above, the lyrics for Middle of the Night were taken from the song by a RnB artist Brian McKnight.

Current Value’s early stuff was memorable also by the fact that it had grand quotes from the fictional films and TV series. We believe that most notable of them were borrowed from The Prophecy, Battlestar Galactica, and the widely known Alien 3. The track Crusader, released in 2012, appeals to us as well, thanks to the sound of a sword and the narrator’s speech itself, which originally appears in the historical documentary called Crusades: Crescent & The Cross. But the most unusual source must be Wayne Dyer’s audiobook Getting in the Gap, where its author, with ambient music on the background, tells a listener to relax and empty their mind…

“You’re making conscious contact with the indivisible force. It is said that you will come to know the power of that source and use that power to attract anything into your life. And it’s the silence between the notes, that makes the music. Because of the subtle effects upon your consciousness, you may not remember listening to it all at once. You may just awaken to find yourself listening to it for the first time… A deeper understanding of the sense of our education”

“We commit these bodies to the void. With a glad heart, for within each seed, there is the promise of a flower. And within each death, no matter how small, there’s always a new life, a new beginning. Amen!”

“For thousands of years the Holy Lands of the Middle East have run with blood. Here the scars of battle fought between three of the great religions of the world are etched into the earth. But the deepest wound was made by a war between Christian and Muslim. Begun at the close of the 11th century and fought for 200 years. This was the Crusades”

DJ Hidden has tons of voice samples, you could notice them in almost every track. This artist basically seeks for mysterious, intriguing lines, which are integrated into his music incredibly well. For instance, Chosen and Instinct feature quotes from such TV series as Penny Dreadful and Dexter, whilst Highways contains an excerpt from the audiobook Book Of Blood. As for videogames, Noel once used the radio interference sounds from Silent Hill – this game’s sound design stands on its own. There a few exceptions, though. Sandwaves, for example, features vocals from a country song, while Speed Bump has a snippet from a documentary about beatboxing (however, it could be the job of DJ Hidden’s partner – Eye-D, who is known for his love for hip-hop).

“There are, um, tremors around us. Like the vibrations of a note of music. Hidden music. Some might be more attuned to them than others. What do those people do?.. Those who have been chosen”

“If sand waves were sound waves what song would be in the air now?”

“The dead have highways, running through the wasteland behind our lives. Bearing an endless traffic of departed souls. They can be heard in the broken places of our world through cracks made out of cruelty, violence, and depravity. They have sign posts, these highways, and crossroads and intersections. And it is at these intersections where the dead mingle and sometimes spill over into our world”

Sinister Souls also use voice samples quite oten, and a couple of them was taken from videogames like BioShock and Castlevania. The duo’s tracks are also marked by film characters from Alien and Terminator 2, whose interesting lines pop up in tracks Perfect Organism and Genocide.

“Vandalism is a serious crime. Remember, vandals are parasites!… Bandits”

“What is a man? A miserable little pile of secrets. You don’t belong in this world. Enough talk, have at you! Dracula!”